Canada Day is a national day of Canada on which Canadians celebrate the enactment of the British North America Act of 1867 (now called the Constitution Act of 1867) celebrated on July 1 each year.  This act united three colonies – New Brunswick, Nova Scotia, and the United Province of Canada – into a single country called Canada within the British Empire.  It was first called Dominion Day (Le Jour de la Confederation) but was renamed in 1982 when the Canada Act was enacted. To celebrate Canada this year, we chose to have some Poutine Burgers and Red and White Berries and Cream.  Poutine is a Canadian dish made with french fries, topped with cheese curds and a type of gravy.  We decided to throw the whole thing on top of a burger but mixed things up a bit by substituting the hashbrowns for fries. Red and White Berries and Cream 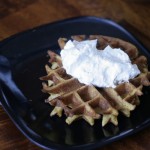 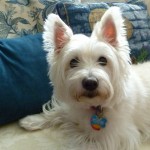 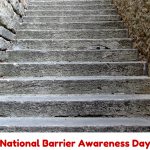